The world of mobile gaming has evolved a lot and now it has become a very gigantic market. Gone are those days when mobile games were limited to only simple games like Snake and Bounce. Now, with the advancement of technology and with the advancement of smartphones, mobile games have become very advanced and now in order to level the playing field, features of PC games and even the PC games itself are being introduced on the mobile platforms. Games like PUBG and COC are leading the mobile gaming market and because of them, now mobile gaming competitions are being organized on a global level.

As a mobile developer, you will need to keep tabs on the latest mobile gaming trends in order to stay relevant in the market. If you will still be working on games like Bounce and Snake then your chances of success will diminish like the sunrays in the evening. This is why, in this blog post, we will look at some of the most popular and emerging mobile gaming trends that all mobile developers should know about.

Well, this may not be applicable to all the games but in many games, this emerging trend can be the difference between a game becoming a global leader and a game being downloaded by not more than 100 people. People of the current era don’t play games only for the purpose of gaming but they want proper entertainment and interaction with friends as well. The feature of in-game voice has made games like PUBG a global leader in the mobile gaming market. But one of the most important things to keep in mind while introducing in-game voice is there should be no delay in the voice and it should be crystal clear like on phone calls. In addition to this, the in-game voice should never be restricted to a country otherwise it will hamper the experience of the game.

Another important thing that is catching fire in the mobile gaming industry is the in-game purchase. Earlier the only source of income in the gaming world was the price of the license that was needed by the user but now in-game purchase has become one of the major sources of income for most of the developers and gaming companies. Whether you are offering gun skins or special characters, there are many ways of providing in-game purchases. So, as a mobile gaming developer, you should always try to introduce some type of in-game purchase in order to get better results from your effort. Most of the games consist of a game based currency like in PUBG, UC is used to buy skins and clothes. Similarly, you can introduce a different type of currency in your game. Make sure to involve different types of payment options for making the in-game purchase.

If you are a gamer then you must be aware about the regular updates that are a normal part of the PC games but now with the advancement of time, regular updates have become a normal part of the mobile games as well. Whether you are introducing a strategy based game or a battleground based game, as a developer, you will never be able to survive in the market, if you will not be able to introduce regular updates in the game then your chances of success will keep on decreasing. From introducing new features to adding new characters, there are various ways through which you can keep giving new things to the gamers that will keep enticing them and make them return to play the game. There is no end to introducing updates and as long as people are playing your game, you should keep on bringing new updates. You should know that just like software, you can update your game and remove bugs and errors as well.

So, as a mobile game developer, you will have to keep on improving yourself and keeping tabs on the latest mobile trends is one of the best ways to making yourself better. From snakes to PUBG, the mobile gaming has covered a very long journey and it will keep on evolving in the upcoming future as well.

Jeff Morgan is a writer at NetworksGrid with several years of experience in the IT industry. She loves writing and exploring the world of technology while making the digital platform a more informative platform. Technology is what she eats and drink and she has a firm grasp on topics like managed IT service and managed NOC service. 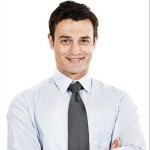 A Full Guide to Online Games