Merits and Demerits of Native and Hybrid App Development

Before to start the in-depth drill down on the advantages and disadvantages of native app development platforms, we would like to highlight what is the importance of UI/UX for your key customer?

Nowadays the tech World is so advance, the customer doesn’t have great awareness and least concerned about the technology or the platform through which you develop your app. So that it becomes more clear the user experience and the user is the key aspects of any mobile app development project.

Here we will take a quick look at what is actually the native and hybrid app development.

What is Native App Development?

Any native mobile application is either mobile or web application program which is designed to run in only a single specific platform or devices like Android, iOS, BlackBerry or Windows.

Any native app is developed and code for a particular respective mobile platform only in its native programming languages such as:

As the native app developed separately with respect to the platform so that the different guidelines are defined for the developers as well as its need to stick to them as they totally differ in typography, graphic styles, gestures, visual effects, data entry etc.

What is Hybrid App Development?

In totally contrast to the native app, the hybrid app is developed as a single app which you use on multiple platforms like Android, iPhone, and Windows.

That is the key positioning of the hybrid app that any single developed app can work on all platforms such as iOS, Android, Windows etc.

In nutshell, the hybrid application is the combined box of both native apps and web apps combined together.

Coding: The separate coding is done on different platforms using the different programming language and it runs smoothly on the operating system.

Speed:  As it developed dedicatedly for a particular platform so normally the performance becomes so high as compared to a hybrid.

Complex Functionality: The native app development is ideal in a situation when client or project requirements are so complex.

Data Protection: The native provides us with much better data protection with full efficiency of hardware resources

Flexibility: Native app development is highly flexible with others camera, GPS, calendar, microphone, and other functions of the smartphone.

Development Time: It takes a little bit more time due to development complexities.

Development Cost: As it develops separately for each platform so a great team will require to deliver the project. This phenomenon will lead to high cost of app development.

Low Cost of Development: It is ideal if you have the budget-centric approach as you don’t require to hire a team for the development of each platform such as android, iOS, Windows and don’t need to hire the entire team of developers.

Maintenance: As it has the low development cost so its maintenance cost will also be lowest.

Timely Marketing: You may have the demanding ‘time to market’ need. Because it may possible, you have to launch the app as soon as possible.

Performance: Due to the additional layer in between the source code and the target mobile platform, the hybrid app’s performance becomes down sometimes as it depends upon from application to application.

Debugging: As the additional development layer lies in between the source code and the target mobile platform so the developer requires a great struggle once any issue raises for debugging.

User Experience: As one app comprises for both android and ios so it becomes very difficult to maintain a proper user experience for both of them as compared to a hybrid where code specialize developed for each platform’s user.

Both native and hybrid apps are capable enough to fulfill the needs and preferences of all entities such as users, developers, and businesses. But the decision on how to choose hybrid or native is based on goals and priority of the company. If the company is price conscious and looking towards cost effectiveness then “hybrid app” is the best option. However, the native app will be the number one choice if you more concentrate on “Native App” development by CMOLDS. 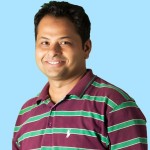