Don’t you remember the time when entering in an authorized building used to so time consuming? You had to wait in a line which lead to the security guard, noting down the entrees name, and their purpose of coming and signature for security purpose. But since then things have quite developed, even the security systems.

Fingerprint scanning is being used in phones as a means of unlocking home screen and verifies online transactions. This lets the user secure their phone in an easy way, rather the chaos of creating and remembering the password. It is also now used in various document security systems because of its reliability.

What makes fingerprint scanning more secure than the passwords?  It is the fact that the biological characteristics can’t be stolen or cracked.

Following are the essential areas you must have a look at before utilizing fingerprint scanning:

Let’s look into them deeply.

History of fingerprint scanning needs to be known

Biometric have ancient history we might not know but surely they are not new:

Doesn’t matter if you are a corporation or an individual, users must know how this fingerprint security works and what’s going on at the back? For the user the process seem very easy. This is how a fingerprint scanning works for user:

Before going through the procedure, a user has to build up the fingerprint verification. To do this, a user has to let the device scan your finger at initial stage so it doesn’t become a problem later and that image is kept so it can be compared later when you will unlock the device.

Everything has its drawback so do finger scanning:

Let’s give this piece influential end. Molding someone’s finger won’t be easier so that drawback doesn’t occur very commonly. So thus, biometric systems are no doubt the best security systems up till now. 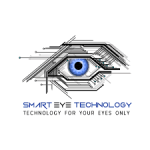