What is a Demarc Extension?

A demarcation point (demarc) is the spot on a building (or its property) where the facility’s equipment connects to the equipment owned by a utilities company. This typically includes phone and Internet lines used by whichever telecom company is used to connect the building’s network to the outside world. The term demarc extension refers to connecting these two systems together. When a new building goes up or has changes made to the existing infrastructure, the building’s equipment the unconnected to the telecom company’s equipment by default. Getting the demarc connected is necessary for any users who plan to make phone calls and/or have Internet access outside of the building. The first step of getting started with any demarc extension is finding the demarc itself.

Most demarcs are contained inside of weatherproof boxes. Typically, these boxes are mounted to the outside of a building so that a service technician can access them at any time in the event a repair or any other works needs to be made. They can be inside a building as well, although this is less common. If a demarc is indoors it is usually found near the spot where cables from outside enter the building, such as next to an electrical panel. The exact placement of the demarc, as well as the configuration of the demarc itself, commonly depends on the age of the equipment as standards have changed over the years.

What Types of Demarc Extensions Are There?

Demarcs have improved over the years as technology continues to develop. As of today, there are three main types of demarcs. The first is a Network Interface Device (NID). NIDs are the basic, barebones version of demarcs. It is a “dumb” system that does not use any sort of digital functionality to manage itself. This type of demarc box mainly includes the wiring termination and surge protectors to prevent damage in the event of a power surge. Since these boxes are usually attached to the outside of a building, the boxes are also weatherproof. Demarc boxes can withstand severe conditions such as hot or cold temperatures and flooding, but more extreme environments may require more specialized equipment.

The next type of demarc is an Intelligent Network Interface Device (INID), also referred to as a smartjack. INIDs are the upgraded version of NIDs and equipped with digital technology. These boxes are more sophisticated with more advanced equipment and commonly used to manage triple play (TV, phone, & Internet) services. Because smartjacks can do a lot, not every unit uses the same equipment. The types of services the smartjack will be supporting will determine what bells and whistles it is equipped with.

Lastly, there is the Optical Network Terminal (ONT). ONTs are the newest version of demarcs and were built to support fiber optic cable. Since fiber is still being implemented in most areas, ONTs are relatively uncommon for the time being. Being digital-only, there are some compatibility issues with older analog systems. But those older systems will be phased out over time and ONTs will one day become the normal as fiber gradually replaces copper cabling.

If a pre-existing demarc was installed messily, getting that cleaned up can be just as much work as setting up a new system. Having wires all over the place, unlabeled cables, and other such messes can make repairs much more difficult in the event something breaks. This results in more downtime, which results in decreased productivity, which results in more lost revenue. Getting a demarc sorted out is a bit like preventative maintenance on a car. If a problem does happen, it will be less of a headache. 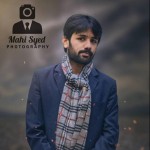