Nintendo has always been releasing exceptional products, products that once released make game fans go crazy. This is also the case with Nintendo’s DSi line up. The Nintendo DSi is one awesome piece of technology which is compact, has two cameras and with an opera browser, it lets you surf the internet. The Nintendo DSi has a price tag of $170 which seems costly at first but it is just what you have to pay to use this magnificent machine. Given below is our full review for the Nintendo DSi.

The DSi has an elegant matte finish cover over its body, which makes it feel really premium in hand. Comparing it with the DS Lite, the DSi is 4 mm thinner and 5mm wider which doesn’t make that of a difference since both the devices weigh almost the same. You can easily buy this device online using Amazon Offers with great discounts.

The Design aesthetics of the DSi are almost as same as the DS Lite. The DSi now has three LED lights on the left side of its hinge. The LED lights tell you about the status of your DSi’s power, charging and Wi-Fi connectivity.

The buttons on the DSi give nice tactical feedback unlike the buttons on DS lite which gave rather soft feedback.

The start and select buttons on the DSi are placed on the bottom right side of the lower screen just like they were in the DS lite but they have gotten a little bigger which makes them easier to use.

The power button is now placed on the Bottom left side of the lower screen, again making it significantly easier to access.

The DSi has two 3.25 inches screens now, which are a lot bigger than the DS lite but have almost the same resolution (256 x192). There are two cameras on the Nintendo DSi (0.3 megapixels each), the front-facing camera is located on the center of the hinge where the microphone used to be the in DS lite, the microphone on DSi is now just placed a little right to the front-facing camera.

The two speaker grills look small giving the DSi a more premium look and are situated on either side of the top screen.

On the right edge of the Nintendo DSi is located the new SD card slot and the volume slider that we saw on the DS lite has now been changed into push-buttons on the DSi. The second 0.3 MP camera is located outside the DSi on the front cover.

All in All, the Nintendo DSi feels a lot premium to hold than the DS lite with some major improvements and some good things removed like the Game Boy Advanced slot that we all wished was there.

Another thing that is different in the DSi from the DS lite is its interface and the new software. The new software is just unparalleled. The DSi has an internal memory of about 256 MB and the ability to connect to an SD card. The Nintendo DSi can use an SD card that has a storage capacity up to 2 GB, which means that there’s plenty of space for storing your photos, music and downloading more games.

Another great feature of the Nintendo DSi is the remarkable DSi sound application, this application allows you to record and edit sounds and then store them in your device’s internal memory or on your SD card.

Since the Nintendo DSi can connect to Wi-Fi allowing you to surf the internet via its free opera web browser, there is also a new online store that comes installed in Nintendo DSi called the DSi Shop. The DSi shop will allow you to download exclusive Nintendo games that are available online. There is a vast variety of games available on the DSi shop range from free to paid games that can be bought using DSi points.

The Nintendo DSi is available in colors like black and blue for a price of about $170. This machine is an impressive update from last generations DS Lite. If you already own a DS lite the only thing that is worth checking out on the DSi is the DSi Shop and the front camera. However, if you don’t already own a handheld gaming console, we suggest you buy the Nintendo DSi. 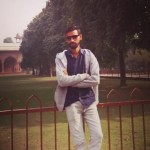 Vikas Kantia is a Senior Digital Marketing Consultant with more than 1 year of experience in SEO, SMM, SMO, blogging, etc having a wide knowledge base in content marketing. Well-qualified member of Indiashoppers.in which is a leading market place for shoppers in India.

Vikas Kantia is a Senior Digital Marketing Consultant with more than 1 year of experience in SEO, SMM, SMO, blogging, etc having a wide knowledge base in content marketing. Well-qualified member of Indiashoppers.in which is a leading market place for shoppers in India.