Hunting Animals in the Jungle (Does It Help or Hurt the Environment?)

You may be a passionate hunter who just purchased one of the best scopes for .22lr to aid with your hunting. Or an amateur looking forward to hunting animals in the jungle without one. Here’s a little information that you need to know.

Like we were told when we were little, too much of anything is bad. Be it eating too much sugar, playing too often, drinking too much soda. And all the things that can be done too much, it would turn out bad for us one way or another. Similarly, the coin of hunting has two sides. One is the harmful effects of hunting, and the other is the beneficial effects of hunting. You may be wondering, how can something so vile as killing wild animals be harmless? It can but to some extent. Most and in majority cases, hunting shouldn’t be encouraged unless it is needed.

Presently, people hunt as a form of sport, not as a means of survival that used to be the reason thousands of years ago. After hunting, they simply take the head of the hunted, or the skin and leave the rest to be decomposed.

So, there are two different forms of hunting, one being trophy hunting, which is done for recreational pastime or as a means to show off. It is usually done by hunting rare and endangered species. On the other hand, we have non-trophy hunting, which is done to control the population of a certain species that is making an area overpopulated. To be honest, there is no hunting in modern times that is encouraged, due to the changing nature of the society towards hunting and increased animal rights. But to some extent, it is permissible if done legally.

Hunting Animals in the Jungle

There are contradictory effects of hunting on the environment. Most of the effects that hunting generally has on the environment are negative. However, there are some positive ones also. Let us discuss them one by another.

Positives of Hunting Animals in the Jungle

Each state of the United States licenses hunting and does what is needed to regulate it. There are states that allow hunting deer, ducks, and turkeys, but place condition(s) on the hunters. The conditions can depend on the season the hunting is being done, which gender can be shot, how many can be shot, etc. The population can not drop too low for such measures. Overpopulation is also avoided by this.

Only specific species are pursued by the hunters. So, environmentalists claim that hurt the natural elements and compromise with the balance of the environment. If a predator is hurt too often, the number of its prey reduces. This may be one of the reasons for the number of white-tailed deer is to be on the rise in America. The delicate balance of nature can be put off by human hunting.

As the University of Michigan predicted, 25% of the total animals will be extinct within the 21st century. Even though there are restrictions are put on hunting animals, some do not abide by it, and hence they illegally hunt wildlife. This is the reason the number of whales and some African animals, in general, are being reduced. It is not always possible to find and punish such criminals that do poaching, and this is why the changes and occurrences of poaching cannot be reduced as we would be wanting.

The debate on hunting animals in the jungle will never stop. Some will encourage it and some will negate it. No one will agree on the ethics of hunting, neither will they disagree. There are some legitimate arguments that focus on the controlling of the population via killing deer and other “nuisance-creating” species. Then there is the argument on animal rights, which claim that they are just as important and have the right to survive as we humans do.

Hunting animals in the jungle can be supported or not supported, but this should never stop you from checking your own ethics. If you know that you are abiding by the state rules and regulations, there is no harm done. But do not involve in finding loopholes to the system, and to engage in poaching or other illegal activities, and you will be good to go. 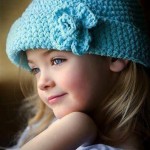