Clan War Leagues: All You Need to Know About Clash of Clans

Hey, guys, welcome back to our site where all the latest information regarding the world’s best games are shared. As you all know that we keep on updating our readers about the latest versions added to the games, so today I am here to share the share latest version of Clash of Clans which got updated on 11 October 2018. Well, this time a new feature Clan War League got added. And I think many of you are not yet aware of this feature. So, that’s why I am here to inform you guys about it.

The Curocity Behind the Clans War

War Leagues happen once in a month for one week. They are not introduced to get over the usual Clan wars. You have to sign up your clan when the War League gets started, select the players who will take part in this War. Usually, there are 15 vs 15 members but you can select more clan members, and if you want, you can select all the members. Now as you have decided to participate in War League, you have to confront with the 7 clans every day of the week. You will conflict against another clan each day, in your league.

There are 18 league tiers in total, so you need to collect as many stars you can to move to a higher league. You will get 4 hours of preparation time before every battle. You can select the members who will fight the other clan within this time period.

All About Victory Rewards

You will get the victory rewards once you will sign for the War league even if you are not fighting. Every single star and victory which you will score will add up to the leagues and higher the War League, the higher will be your clan. You can use your league medals for getting magical items and special decorations.

Well, you have two attacks in regular clan wars on each round but in league war, you will have only one attack. Your clan will get promoted to the next higher league if your clan will have the best performance, but if you will perform the worst, you will be demoted to the next lower league.  You will get a two-day sign-up period after the beginning of the Clan War League. And the leader who will sign up the war will choose those 15 players who will fight in the battle. Regular Clan wars will get unattainable during the signing period. Well, if your clan is signing up for the first time, it will get placed according to the capability of the 15 members which the leader has selected.

And if you don’t want to sign for the War league, you don’t need to worry because you can play regular clan war during the league period. Well, I hope now you guys are all aware of War League. Now, I will apprise you guys about the tricks which can help you to win this war. So, let’s have a look at it.

As I said above that collecting the higher number of starts will help you to get the promotion for a higher league, so you must focus on how you can get the stars during the war. All the stars which you have collected during the War season and in the regular clan war, they all will get sum up at the end of the War League season. And as per the rule, the best ones will be promoted to higher league while the bottom ones will get demoted to the lower league. The best four players can also get the medals if their leader wants to give them. Well, as I said in my article that if you don’t want to sign in for war league, you can play your regular clan war but playing war league will help you to get the medals easily. And always try to fight with a strong opponent for more rewards and medals.

So, guys, it is all about the Clan War League season. I hope you guys liked the article and got all the details which you were looking for. If you want more details or left with any doubts, feel free to reply below. Also, checkout other post on this site. I hope you like this post and the game, please share. 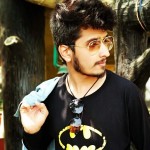 I am Sam, I love playing Clash of Clans. I really get devoted to the game while playing it. Also, a game addict.

I am Sam, I love playing Clash of Clans. I really get devoted to the game while playing it. Also, a game addict.

A Full Guide to Online Games